Let us get one thing out in the open before I begin: I motherfucking love Zelda games. I have them all, have already plowed through most of them, own a stupid-ass Triforce t-shirt, and I even have a friend with the goddamn master sword tattooed on his stupid arm.

Actually, let us get another thing out in the open: Timothy King does not really motherfucking love Zelda games that much. He owns a decent deal of them, but has only plowed through A Link to the Past, and refuses to play any of the "shitty ass 3-D ones that are all the same." He owns no stupid-ass Triforce t-shirt, and has never even thought about meeting my friend with the master sword tattoo.

Now, with this information in tow, it'd be pretty easy to drive to the conclusion that I would be pretty well versed in the ways of Hyrule (for the geek community illiterate: the magical, pixie-laden elf land where Zelda games take place), and Kinger would probably be so-so, right?

If you said yes, you just drove all of us off the edge of the Earth. Game over.

Yes, the Earth is apparently flat, and Kinger is apparently telepathically linked to the fucking game developers at the Nintendo Corporation.

The other night Kinger arrived home tanked after a lovely visit to the Portsmouth Brewery, which, as I heard from him, has "a lot of fucking beer" on tap.

Anyway, at the point of his arrival, I was playing "The Legend of Zelda: Majora's Mask." This is one of those direct-sequel, black sheep sort of titles, and one of the only ones that I hadn't attempted to slog through all the way. This is mostly due to a time passage and limit system that, to say the least, is about as annoying has having Jerry Lewis stand over you and recite every one of his lines from the original "Nutty Professor" while he beats you over the head with a popular Milton Bradley board game (pick whichever title you like least, for me, that'd be Mousetrap, the needless complexity of which still flusters me to this day.)

Anyway, Kinger decided to slump down on the couch next to me and have a look-see at how I was wasting my night.

For not really liking the series, Kinger makes a damn good call... or twelve.

To put it bluntly, I was a fucking wreck. I was getting lost in pretty basic tunnel structures, missing things in plain sight, and forgetting to do shit in places I just left, forcing me to backtrack almost endlessly. How did I realize I was doing all these things? Why, Kinger's astute observations of course. He called me on my every error, and he wasn't just nitpicking either, he had the answers (remember: he has never played this game. ever.) My jaw was about this close to unscrewing and then hitting the floor, as I'm pretty sure many a robot jaw in Looney Tunes has done countless times.

It has been difficult to cope with my sorry display of incompetence. I've tucked my Triforce t-shirt away, sobbed at the mere mention of an ocarina, refused to even look in the general direction of my buddy's arm, and most of all, tried desperately to get my groove back.

I have come to the conclusion that I have been doing Zelda completely wrong all these years. I've burnt my brain out on puzzles and fetch quests, carefully planned out boss strategies, and combed the map endlessly for hidden goodies, all without the help of hint websites. It's been painful, or at least laborious, folks. It turns out all I've ever needed to be good at Zelda is alcohol.

Much like music-making and marijuana, alcohol is the great enabler in the vast world of Nintendo action RPGs. Finding that treasure chest or figuring out just how to use that stupid fucking boomerang will never seem so easy. Of course it means all my hard, honest goddamn work over the years has been meaningless, but now that Kinger has shown me the ways of the Drunken Master, I'll be on the bullet train to success in no time. Am I grateful?

Yes, but it's still fucking demoralizing. 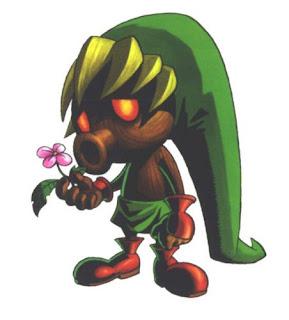 This is what I would look like in the Legend of Zelda universe. I am about three feet tall, made of wood, shoot nuts out of my mouth, like flowers, and am extremely bummed. Kinger's character is so big that they can't make pictures of him, made of only muscle, shoots fire out of his eyes, can eat entire barrels of beef jerky in one bite, and uses his three foot cock for a sword.

Posted by Bob Pearsall at 8:20 PM No comments:

Warning: Timothy King may be detrimental to your work ethic.

Last night at a party, Kinger sang along to every single word of "Paradise by the Dashboard Light" by Meatloaf. Stop the presses.

At first I simply flipped through all the friend-comment nonsense. I mean, seeing anybody singing along to Meatloaf is something you could post on youtube and get a few thousand views on, but by the sounds of it, they could've sold tickets to this.

I had to find out what happened.

I went straight for the jugular and talked to Kinger himself. He had previously told me that his father was a huge Meatloaf fan, so I already knew how he memorized the lyrics, but what could've prompted him to belt them out oh so prominently last night? Alcohol? Well, yeah, probably, but that's too simple. I could be drunk enough to have sex with Kenan Thompson and still not sing Meatloaf.

Kinger then launched into a Texas-sized rant about how "kids who don't even fucking know the words" were trying to steal the show and no doubt impress the ladies with their feigned knowledge of Meatloaf's lyrical genius, so he had to assume the role of "kid who fucking knows the words" and belt it as loud as possible, just to shame the fuckers out of attempting to worm their way into anything even resembling a vagina.

For simplification and visual aid we will assume "kids who don't even fucking know the words" look like this: 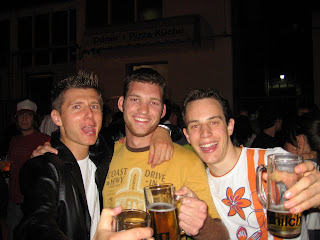 Kinger has officially blown me away. The amount of dignity, honor, and tact shown by him on that evening was astounding. "Kids who don't even fucking know the words" have been plaguing parties, college or otherwise, for the better part of history. Sometimes they're even pretending to sing songs that everyone else at the party likes. Kinger decided to sacrifice his own credibility as a human being just to shoo these bastards away. And something tells me that somewhere in Kinger's heart of hearts, he did it for his good ol' pep-pep as well. Rest easy, Kinger, I'm sure there was a gleam in ol' Officer King's eye for you.
So, next time you're at a party and douchebags aren't pretending to sing along to your favorite ironic 80's single, thank Kinger. Thank him hard. 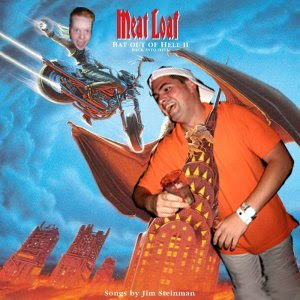 Posted by Bob Pearsall at 5:02 PM No comments:

Today, my friends, is a momentous occasion.

You see, a few weeks ago, on March 19th, 2009, Timothy "The Kinger" King turned 21. In typical meta-"I'm fucking epic" fashion, Kinger dubbed this occasion "The Timpocalypse." I made good on this by producing a faux-movie poster (which you can see directly below you.) I was geared up for the best night of blog fodder ever.
Well let me tell you, that movie got 3 out of 5 stars.
I, Robert Pearsall, had never been so distraught in my life. There we sat at a normal-ass table in scenic Manchester, New Hampshire's own Strange Brew tavern. I watched Kinger drink a lot of whiskey and a lot of White Russians. Things were building pretty slowly, but after slamming his fourth straight Maker's Mark onto the table and bellowing the singular word of "cocked" with the most sincere of conviction, a million different scenarios (all of them incredible, comedic, and so on) raced through my head.
Ladies and Gentlemen, I urge you to remember that if someone lets you down once, they are very likely to do it again less than an hour later.
...and for the rest of the evening.
I hung around Kinger for the rest of his night with hungry eyes and a hungrier mind. Alas, time and time again there was nothing. He drank, played foosball, made conversation, and drank more. I mean, don't get me wrong, it was a pleasant evening, but distinctly absent was that unmistakable brand of Kinger spunk.
And thus, I retreated to the underground for many months (2 of them), pondering my own existence, my purpose in life, the purpose of this project, and how exactly "Christan" and "metalcore" came together.
I return to you with revelation.
Folks, Kinger was not disappointing me or compromising himself. In fact, I may have misjudged the nature of the Kinger entirely. I pictured him as a booze-hungry, curiously witty dinosaur, rampaging across the lego city of life with reckless abandon, shaking entire districts to the ground with a single guffaw.
This is incorrect.
Picture, if you will, our known solar system. Got it? Now picture every planet as a large mass of Duplo blocks (for those of you born later than myself, Duplo blocks were exactly like legos, except made fucking giant so little kids couldn't choke on them.) Now, picture the sun as a giant-headed, enlightened zen-meditation baby with a bottle of Jameson. That's Kinger, and now that he has tackled Earthling adulthood, he possesses the divine vision to see all that circles around him. With this new information at his disposal, he has chosen not to go-go Godzilla entire planets, but to dismantle his little universe... one Duplo at a time.
Welcome back to the Kinger and I, lords and ladies. 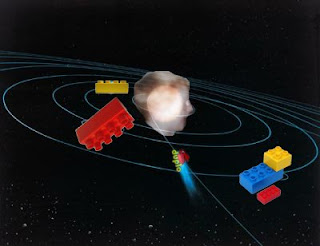