My research and documentation will more than likely be taking an extended recess. This is mostly due to the fact that, for the entire summer, I no longer live in the same dwelling as the Kinger. There may be a periodic outburst of discovery over the next three months, but it's more than likely that I won't be able to keep as vigilant of an eye as I'd like to on everyone's favorite gingersaurus rex.

There was a final entry that I had started to write the day before I left the fabled apartment where I monitored Kinger's habits, but it inevitably fell through the cracks, as it lacked the Kinger charm. Kinger, Brett Bauer, and myself basically went on a glorious campaign across the bars of Portsmouth, New Hampshire, drank a lot of beer and met a curiously frightening homeless man/drug dealer who called himself "pops," and who apparently also "owned half of New Hampshire and all of the drug-farming communities in Southern Maine." The evening ended with me sitting on a bus back to UNH campus, convinced, for reasons unknown, that Tim King was actually going to hurt me.

Okay, so, maybe that would've made a good entry, but I was tired and too burnt out from finals to conjure any sort of wit. Thankfully, that event stands on its own. 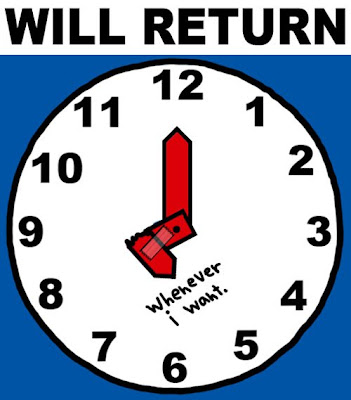 Day 63: Do You Fucking Know Who I OW OH FUCK HOLY SHIT

If you've interacted with Kinger or myself in the past few months, you more than likely know about the band Good Luck. If, for whatever reason, you don't know Kinger or I and you're here (I appreciate that, by the way), Good Luck is the best indie/punk/whatever band to come down the pike in a long time... probably ever. Every time we found ourselves listening to this band, in addition to becoming happier than a toddler in the vicinity of a huge-ass lollipop, one of us would end up saying "if only they would tour." Alas, every time we checked the band's website, it appeared that they would forever remain in their cozy little Indiana home. That is, until one day about a month or so ago, when we saw:

So, it was settled.

On Saturday, May 2nd, we would borrow our roommate's car, drive to wherever they happen to be setting up their equipment, and witness the spectacle to end all spectacles. We would bring every other sucker on UNH campus that we forced to listen to this band. It would be fun.

Kinger was out for a rather usual evening of drunkenness and debauchery. During the evening, a group of cackling, heel-clad college girls did something behind Kinger's back that made him "really fucking pissed." This is by no means out of the ordinary, so those in his company did not take too much note. In typical Kinger fashion, he decided to whip around and ask "do you know who I fucking am?"

Note: During the past few months, while I was in blog absence, this has becoming a pretty regular occurance. Now, in most cases, I would not condone this kind of behavior. It shows off a sense of self-entitlement usually reserved for Bono, the Gallagher brothers from Oasis (whatever happened to them?), Mitt Romney, and Jesus. However, given the slight twinge of self-conscious sarcasm in the statement, and the fact that 9 times out of 10, the people actually "know who he fucking is," I have decided to let this go unrepremanded.

Anyway, Kinger was pivoting to ask them this question. Somewhere in the pivot, he lost coordination, twisted his ankle, and hit the ground like the proverbial ton of bricks. The whole process lasted about 4-5 seconds, and went something like this.

Now, a Kinger without his kicking leg is like the prettiest, loudest bird you can imagine without its wings. It loses the ability to do one thing, and its initiative to use any other ability it possesses falls by the roadside. So, when it came time to head out to see our pals in Good Luck, with a heavy sigh, Kinger declined, and had me drive him and his crutches to our friend's apartment complex, where he would later get drunk on a couch and show passers-by his tennis ball-sized ankle.

And so, dear readers, I submit to you an incredibly rare occurance. In this instance, I appear to have come out on top. I re-did the calculations at least 12 times to make sure. Lo and behold, every time my score was higher than Kinger's.

Just to make sure, I will submit my work to you.

In the three days time between the beginning of April 30th and May 2nd, I: didn't have to go to any classes on Friday, got a free burrito at Chipotle, saw the delightful stop-motion film Coraline (again, for free), slept for 12 hours next to the love of my life, and then piled into a station wagon to see the hap-hap-happiest band in punk rock in the most intimate of settings.

In the same amount of time, Kinger: had to attend class on Friday to turn in a back-breaking assignment in creative writing, totally ate shit on his skateboard and had to emergency wash his clothes in the sink, got so drunk he couldn't remember anything, became the object of mockery by stereotypical college girls, fell flat on his fucking face in front of everybody and injured his ankle (this was the dealbreaker), did NOT see one of his favorite new bands in the most intimate of settings, and got stationarily drunk whilst showing off his injury like that creepy uncle at a Christmas gathering.

After assigning meaningful value to each of these things and calculating out our separate weekend scores, the numbers came in at:

And so, while people may indeed fucking know who Kinger is, we must ask ourselves, is this always for the best? I'm still not sure. No one fucking knows who I am, and I had a great weekend. I also have an intact ankle. However, Kinger has proved to me in the past that people fucking knowing who you are can be valuable. Regardless, I am now quite sure that I should have stopped Kinger from ever thinking that rhetorically asking others if they're aware just what his existence entails a long, long time ago.

Posted by Bob Pearsall at 10:20 AM No comments: