As you may remember, when we last left our dearest Kinger, he had separated himself from digital society, injured his testicles in an unfortunate key-loss accident, and begun a short tenure on percoset.

Well, ladies and gentlemen, it turns out Kinger has come through the literal pinch a-okay.

Now that he's fully healed, rested, and most importantly, off pain medication, it's time to sit down and analyze just what happened here.

During the "drug days," I paid Kinger a brief visit to share with him overpriced cream soda and Pillsbury Grands biscuits. On multiple occasions, he made sure to tell me that he hadn't decided to shut himself out from communication "just to fucking prove some hippie fucking point."

While the sentence itself was jumbled and incoherent, the message was a relief of the distinctly heart-fluttering variety.

So, I had at least some morsel of contentment. However, I had to know what exactly had caused him to build the wall.

I wouldn't have my answer until a few days later (exactly one day ago for you bean-counting sons of whores keeping score at home,) and it turned out to be a surprise I wasn't prepared for in the slightest.

Somewhere in the shapelessness of an AIM chat between the Kinger and myself, he suckerpunched me with "I think I'm getting tired of being everyone's jester." 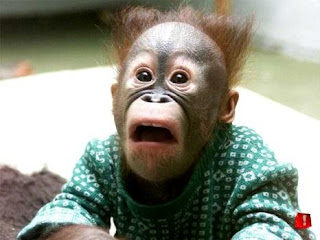 
After taking several minutes and two Tylenol to compose myself, I began to scroll through the numerous follow up messages he had left in the wake of that head splitter(carefully skipping every 'r u there?' or 'where the fuck u go?').

For Kinger's sake, I won't post a full transcript, but I will say this.

We should all be motherfucking ashamed of ourselves.

In our delight at Tim King's wonderful, if at times tactless and obnoxious, sense of wit, we have left ourselves unable to see the finer points of his personage.

Ladies and gentlemen, I will say it straight out: Timothy 'Kinger' King is not a clown. I don't give a flying fingerbang how close his skin tone is to the facepaint seen on our red-nosed, pie-prone circus pals.

Our focus on Kinger's funnier points has left him marginalized, unable to properly share with us the pain he has found in lack of expression, his hopes of being a punk rock superstar, and most importantly his smart, poignant fiction.

Folks, we have misused our Kinger, one and all. From this day forth, let us embrace Kinger as the full, lively, enriched individual he is. No, there's no shame in laughing at the man's everlasting sense of good humor, but seriously, don't fucking overdo it. 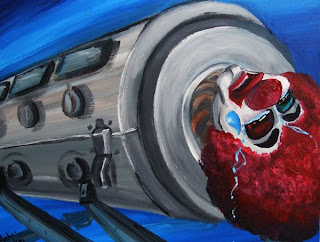 Do YOU want YOUR Kinger to become THIS?
Posted by Bob Pearsall at 6:28 PM No comments: